One Good Scare Productions proudly announces "The Art Of Murder" with Todd Johnston debuting on 10/2/18. This is our first in a series of free, "behind the scenes" themed web-shows that look more in depth at our creative process and what we are currently learning. Todd is the master artist of OGS, He handles concept art for short film ideas, he helps with logo and graphic designs, and writes and illustrates several of his own comics. His horror themed works will be released digitally by OGS. He is also collaborating on a yet to be announced horror comic with OGS co-founder Muji Grant. "The Art Of Murder" will show Todd in action as he completes quick sketches inspired by a certain theme. The theme for the 5 episode, Season 1 will be the "Seeking Human Victims" podcast topics and Todd will draw important characters from each film. As a reminder, we just announced last week that "Night Of The Living Dead" will be the first film covered on the podcast, and now also on "The Art Of Murder".

The Man With No Skin On - by Todd Johnston

As a teaser for this Friday's content release announcement, we give you "The Man With No Skin On". This comic was written and illustrated by Todd Johnston who is one of One Good Scare's most valuable and talented members.  It was originally featured in the 2016 Chattanooga Comix Co-Op Halloween Special. 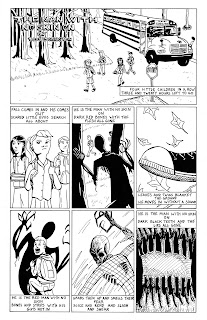 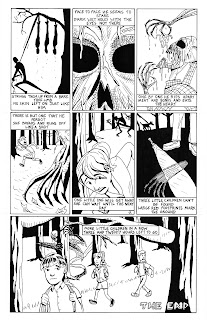 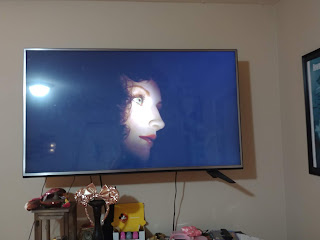 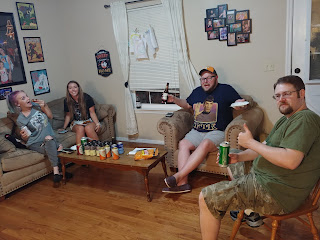 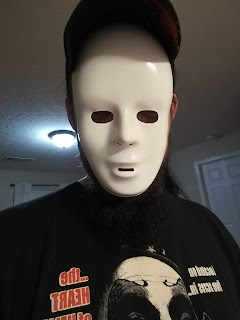 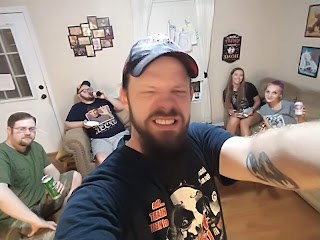 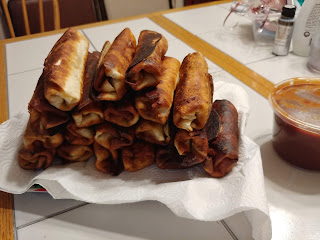 The first episode of Seeking Human Victims will be..... 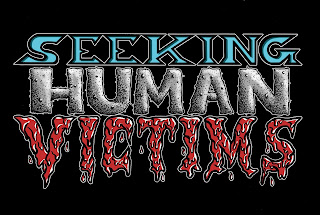 Welcome to One Good Scare!

Thank you for visiting OGS Productions. We are a brand new indie horror production company out of Chattanooga, TN launching on October 1st. Our goal is spotlighting creator owned horror content on a variety of media platforms. Be on the lookout for content announcements starting this Friday the 13th!

The concept comes from the mind of "Reverend/Dragon" Dan Wilson. Wilson is best known from his near 20 year career in professional wrestling both behind the scenes and as an on camera performer. He is an award winning writer, manager, podcast and television host, the nephew of late pro wrestling legend Gypsy Joe, a member of multiple Halls Of Fame and is credited for naming mutli-time WWE Champion AJ Styles "The Phenomenal One". He has written, directed, produced and performed on a multitude of syndicated and streaming wrestling TV shows and live events over the years. After accomplishing most everything he set out to do in wrestling, Dan is closing the book on his life's work up to this point in favor of a new journey.

"A lot of people think I'm absolutely out of my mind, but I'm pushing 40 and I still have a huge bucket list of things I want to accomplish as the realization of mortality comes into view. Wrestling was one of them and it was a wonderful journey, but it is now time to see if I can do it all over again in a different field. " said Wilson.

Dan and his life-long best friend Muji Grant have long dreamed of making a horror movie. Neck and neck with pro wrestling, horror is an obsession they have shared most of their natural lives and the goal to just create something within that genre probably predated their goals to run wrestling events. But with OGS they have gone beyond the desire to just create something. They have collaborated with a number of talented artists and dear friends to create many things on many different multi media platforms. This will be a journey in DIY horror from the ground floor up that has been in preparation for nearly a year. So back to the first sentence of this paragraph, the ultimate goal of OGS is to one day create a feature length film. That isn't an endeavor to be taken lightly. What better way to learn how? Start creating. From short films, to podcasts, to web series, to comics, we're putting it all out on front street and are confident that the experience we gain while creating this content will ultimately lead us to our end goal.... AND we're taking you all along for the ride. Buckle up and stay tuned as OGS brings you horror for the eyes, ears and the mind!