When we started the Seeking Human Victims podcast, I felt like it took us about a season and a half to truly find our footing. There is plenty of entertainment to be had from our short "Season Zero" that looks at the ABCs Of Horror (though those films have certainly been covered in far more detail elsewhere). We started finding ourselves a little bit more during our Season 1 - "Slashers" season, where rolled out a full 10 episode run. It is during season 2, IMO, where the podcast came into its own. We upgraded our equipment during this season as well so you can see a massive jump in audio quality as the season moves forward. This was also the first season where we really tried to tell one narrative story from beginning to end that ties all of the films we cover together. The timeline format of the showing exploring Wes Craven's entire life and filmography made this our first season to receive any sort of attention or accolades. It was on this season where we knew we actually had something special with SHV, and where we started to actually build a small following. We're still a long way from where we want to be but we have now have a loyal and dedicated audience that is always growing and we just can't thank you enough for supporting this passion project.

So we're excited to announce that as part of our $1 per month Patreon tier, the entire archived collection of the show is being reposted and we're now back to the Wes Craven: Terror Timeline. You can already get the Last House On The Left, and Hills Have Eyes episodes at Patreon.com/OGScare and a new episode is added to the archives weekly. 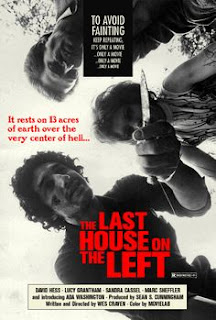 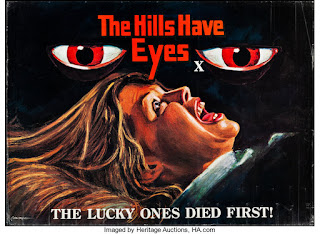 But that's not all!

We're also extremely excited to announce that Season 6 of Seeking Human Victims will premier on Monday, April the 6th and by popular demand will be a return to the "Terror Timeline" format as we explore the full life, career and filmography of the "Master Of Horror" himself, JOHN CARPENTER!!!!!!