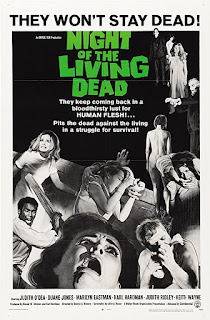 The Seeking Human Victims Podcast has arrived.
In our debut season - "The ABCs Of Horror", we look at the quintessential films of horror fandom. This week's episode features the blueprint of the modern zombie, the legendary George A Romero's "Night Of The Living Dead".
We study the history of the film and George Romero himself, the casting and production, the key players that made it happen, the financial picture, all of the odd and interesting facts from behind the scenes including the copyright flub that let the film slip into public domain, the film's accidental social commentary, the 4k restoration and there is plenty of fun to be had as we re-tell NOTLD in the format of a short radio play in a segment called, "The Burial Plot". Join us as we celebrate one of the greatest horror films of all time.
Hosted by Rev. Dan Wilson and The Great Muji with a roundtable discussion featuring Anni Wilson, Jeremy Stewart, Todd Johnston and Jason Griswold.