This week we say farewell to the first family of Springfield (for the time being a t least.) with the Simpsons: Treehouse Of Commentary Season Finale looking at "Treehouse Of Horror X", containing the segments "I Know What you Diddily-iddily-Did. ", Desperately Xeeking Xena", and "Life's A Glitch and Then You Die." as they take on I Know What You Did Last Summer, Toxic Nerd Culture, and the Y2K bug.

We'll be going on holiday break after this episode, but look out for 2 holiday specials (Pumpkinhead (1988) 11/23 & Silent Night Deadly Night (1984), 12/14) as well as some re-releases including our Christmas themed short horror film that made it's film festival debut in 2020,  "I Got A Rock." during the off time.

Seeking Human Victims: Season 9 - Clive Barker Terror Timeline begins in January of 2021. Thanks for your support & here's to a better year for everyone ahead.

We're almost at the end of the line, but we're still extended your Halloween celebration by 2 more weeks as we bring yet another Simpsons Treehouse commentary this time on the 9th edition of the famed Halloween Special with the segments "Hell Toupee", "The Terror Of Tiny Toon" , "Starship Poopers". Available Now on all major podcast outlets! 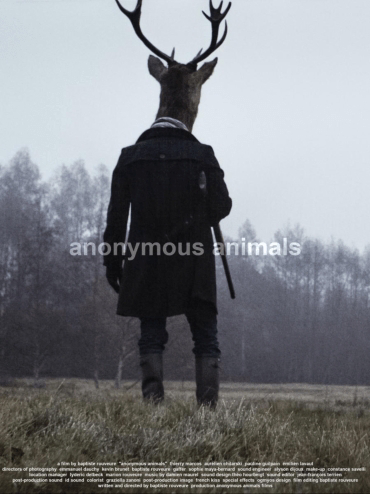 By: The Rev. Dan Wilson

French filmmakers aren’t afraid to make some fucked up movies and hot damn do I love that about them. I recall our coverage of the Chattanooga Film Festival back in the spring for the movie Jumbo. It was sold to me as “a movie about a girl who does the nasty with a Tilt-A-Whirl”. While that was a bit of a gross oversimplification, it was equal parts completely bizarre and surprisingly sweet. By the end I was actually rooting for the forbidden lovers to succeed.

Well, 2020’s Anonymous Animals by Director/Writer Baptiste Rouveure is a French film that checks any sort of that optimism at the door and gives you an all out sensory assault and sense of impending doom throughout instead, but it sure does deliver on the fucked up part.

The premise is pretty simple. The world of humans and animals has been flipped on its head and the rolls are now reversed. They treat us exactly as we treat them, and the results aren’t pretty. We see a literal “Deer Hunter” chasing after pitiful human prey as he brandishes a shotgun. We see cattle herding people and sending them through the old slaughterhouse to be made into meat, we see a pack of dogs making humans fight each other to the death, and a number of other disturbing reversal of fortune scenarios.

This is some weird, trippy, experimental filmmaking at its best. I recommend watching it half in the bag, though I’d avoid any sort of hallucinogens as it could lead to a bad time. There really isn’t much of a coherent plot per se, just a collection of examples of these supremely disturbing humanoid creatures with animal heads inflicting some variety of torture on a hapless human.

There is also absolutely no dialogue in the entire movie. Just humans screaming in terror and animals grunting and making disturbing animal noises.

I suppose there is some sort of Peta inspired or Vegan message here, since we ultimately find out that we really wouldn’t like it at all if animals treated us the way that we treat them, but it didn’t change my diet or anything. I don’t feel like they’re going for that in any sort of heavy handed manner here, the main goal is clearly to make a disturbing film. Most of the gore or violence is implied or cut away from, yet there are snapshots from this thing that will haunt me for weeks to come and there is a real artistic flair about the imagery, the mood the film sets, and overall disturbing tone. This is the type of movie that gets under your skin, sits there a while and causes you to think. If that sounds like your kind of film, then you should seek out Anonymous Animals.

[Frightening Ass Film Fest Review] “Lucky” is an allegorical character study on the daily threats that face the modern woman.

“Lucky”, directed by Natasha Kermani, is a movie about the trauma that women deal with, or more accurately are expected to deal with, every day. Written by and starring Brea Grant, “Lucky” uses the typical horror of a slasher movie to tell the story of many real-life horrors that all too many women face. 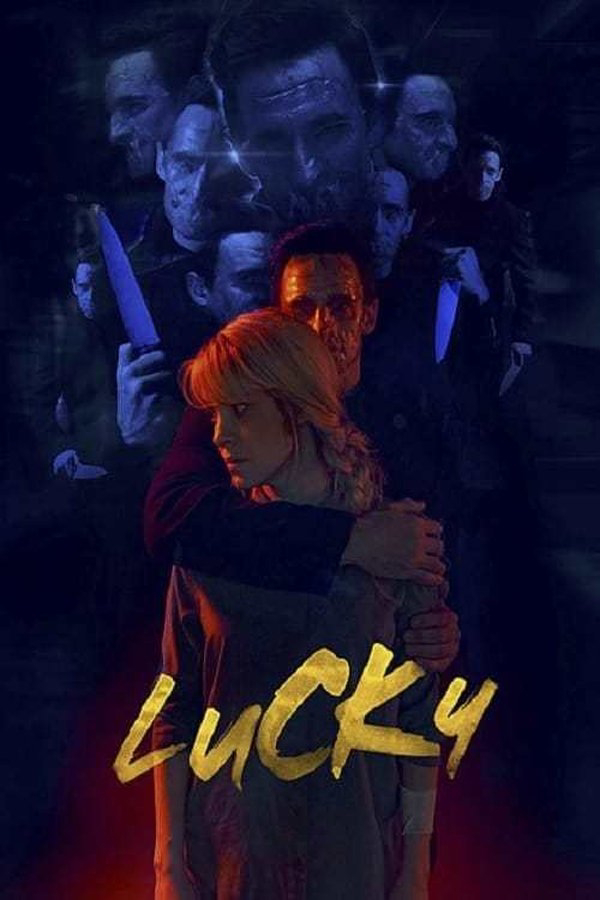 Grant stars as May, who is having troubles in both her personal and professional life. May is a self-help author whose latest book is not selling as well as expected. At home she is dealing with relationship issues. Her husband Ted(Dhruv Uday Singh) is not very emotionally supportive. On top of these issues, a man breaks into her house and attempts to kill her. This would seem like a real cause for alarm, right? Sadly for May it seems like she’s the only one worried about these nightly attacks.

The nightly attacks set the tone for what May will face for the rest of the movie. After the first attack Ted tells her that it happens every single night and its just something she has to deal with. When she makes a big deal about it Ted just packs a bag and leaves her all alone. The police tell her not to worry, that the man is probably already gone and wont come back. When he does they assure her they are doing what they can and suggest she gets some mace and work on her relationship with her missing husband if she wants to be safe. Her friends tell her that she is brave. But no one offers any real help.

Brea Grant gives a great performance. It’s the kind of performance that demands she continues to get more leading roles. She’s able to portray a very strong, independent female who is also flawed. Her character May is very capable. She is able to continuously not only fight off her attacker but also injure him night after night. The killer then supernaturally disappears and soon starts to come back not only during the day but away from her house as well.

The movie looks great and is well acted all around. The score fits the film pretty well.  I must admit I’m not in love with the third act. Throughout, the film plays a bit with reality and It really takes some of the absurdity from the first part of the film up a level and ends with a bit of an unsatisfying conclusion. But that’s ok. For a movie that is probably not meant for me(or maybe it is meant exactly for me?) I enjoyed enough of it. I also believe that the subject matter is important enough that it’s a movie that should be seen.

Halloween may be over, but we're not finished celebrating it with The Simpsons. Much like the actual show we're rocking the Treehouse well beyond the holiday...because we can. This is another big episode featuring another 3 of the top tier Treehouse Segments with "The Homega Man", "Fly vs Fly" and "Easy Bake Coven." 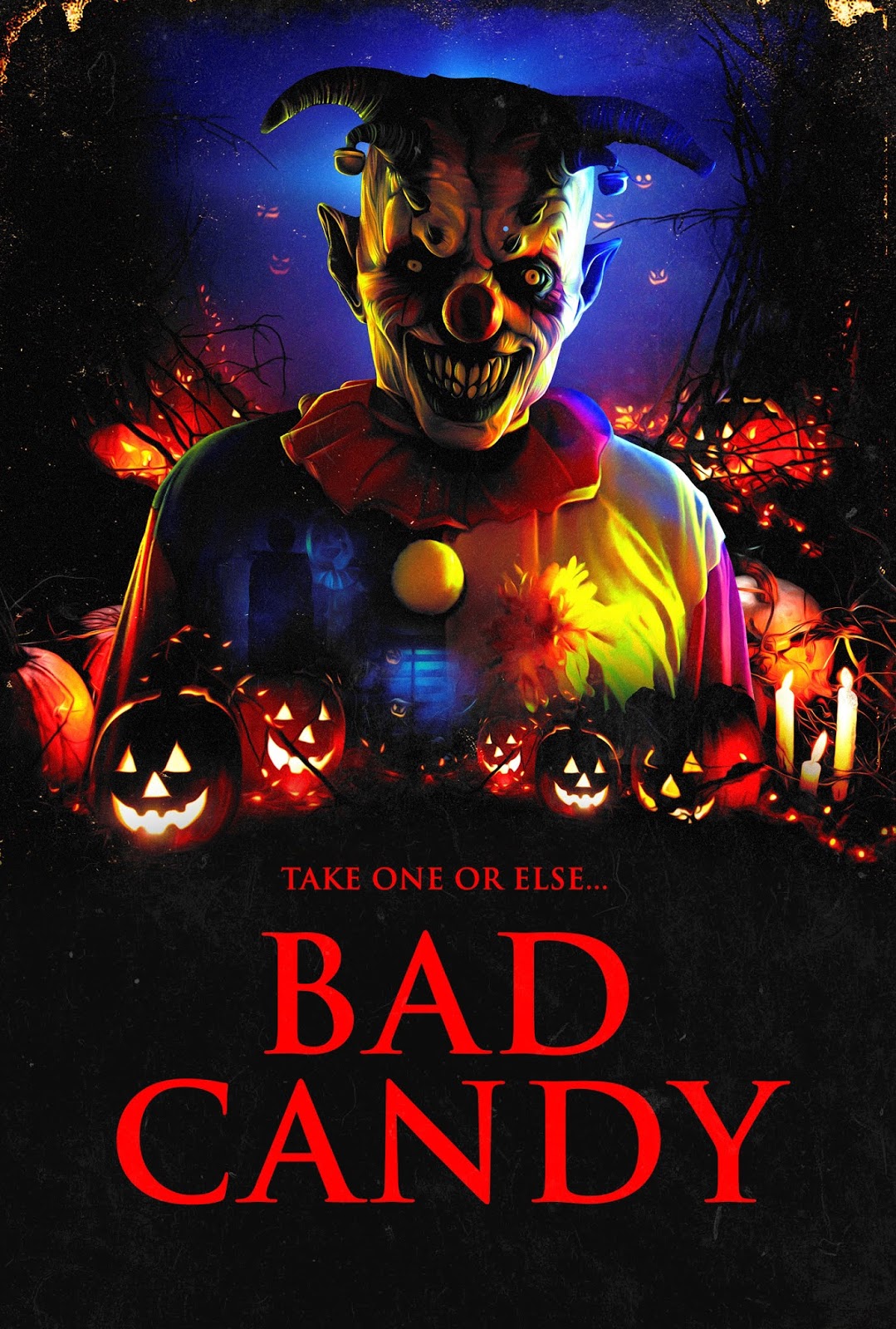