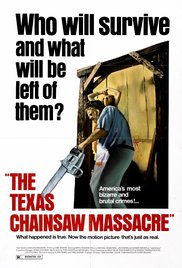 In our debut season - "The ABCs Of Horror", we look at the quintessential films of horror fandom. This week's episode is focused on Tobe Hooper's decent into pure madness, the 1974 film that sent a nation into panic "The Texas Chainsaw Massacre.

We study the history of the film and Tobe Hooper the man, the casting of local theater actors and production, the key players that made it happen, the financial picture, all of the odd and interesting facts from behind the scenes including the brutal shooting circumstances and on set tensions, and the chainsaw sparks fly as we tell the story of TCM in the format of a short radio play in a segment called, "The Burial Plot".