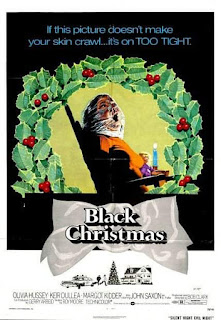 The holidays have come to the Seeking Human victims podcast as we unwrap the gruesome gift of 1974's Black Christmas directed by Bob Clark.

On this episode, we look at how a Canadian tax shelter movie from the man who later went on to direct A Christmas Story became one of the films credited for starting the slasher genre.
This episode is hosted by Rev Dan Wilson, Anni Wilson and Jason Griswold.
Subscribe on itunes tonight and this early Christmas gift from OGS will be waiting for you -
https://itunes.apple.com/…/one-good-scare-prod…/id1435412659
Or use the direct feed for the provider of your choice.
http://feeds.feedburner.com/seekinghumanvictims
at December 13, 2019