[Frightening Ass Film Fest Review] “Spare Parts” is a punk survival tale that never reaches the heights it aspires to but is still plenty of fun. 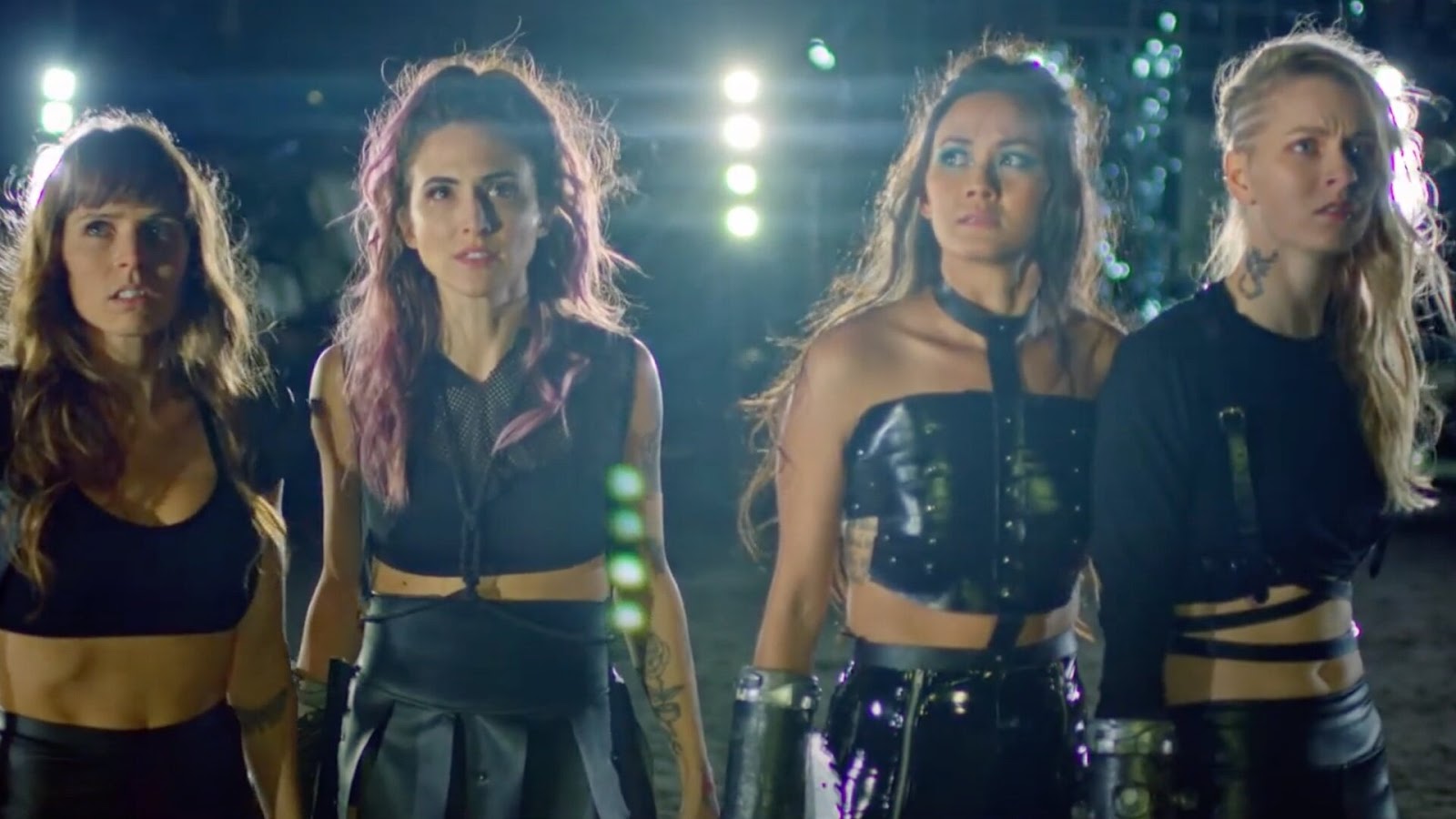 The Frightening Ass Film Fest has provided me with an opportunity that I haven’t had in a long time, to go into a movie knowing absolutely nothing about it. This takes me back to the glory days of my childhood when I would go to the video store and choose a couple of rentals based simply off the box art. Of course, this would always lead to mixed results. Sometimes I would stumble across something great that would last as a favorite for the rest of my life, but often times it would lead to a disastrous viewing of a terrible film whose box art was a complete misrepresentation of the movie inside. Either way, the process of picking the movie and going in only knowing what the VHS cover told me was always an exhilarating feeling, even when it brought such mixed results. Watching director Andrew Thomas Hunt’s “Spare Parts” gave me a similar feeling, “Spare Parts” is a movie that is sometimes exhilarating but ended up leaving me with very mixed feelings.

“Spare Parts” starts out with a bang. We meet a punk band led by sisters Amy(Michelle Argyris) and Emma(Emily Alatalo). After a dude gets on stage and attempts to interrupt their performance at a bar, the sisters and their bandmates kick the asses of the dude and his friends. Then Amy disappears to hook up with fan as Emma is left to talk to a creep by herself. This early scene does a great job of setting up the dynamic between the sisters. The band then has some car trouble and is tricked by the local police(classic) into being abducted by a crazy cult that lives in an old junkyard. They are all put to sleep and wake up with amputated arms that have been replaced with various weapons. The band is then forced into a makeshift arena to fight for their lives Roman gladiator style against some other abducted people. It’s a really great set up.

Once we settle into the movie is where it becomes a bit uneven. Throughout the movie different cult members attempt to pit the sisters against each other. Its easy to understand that both sisters are jealous of one another for different reasons, but not enough character work happens to really make you care about either. Even in the movies final minutes I really didn’t care who (if anyone) was going to survive. Another issue was the action scenes. Some of them were great! There was a lot of good gore in this movie. There was also some gore that wasn’t so awesome and few brutal kills that were completely cut way from.

Ultimately the movie falls into a repetitive routine where the girls argue, and train then fight. In between different cult members, led by their leader The Emperor (Julian Richings in a very good, memorable performance), attempt to indoctrinate the sisters with the cult’s ideals. The reasons why the cult members decide to stay loyal after being abducted really don’t add up. This is the part where I believe the movie aspires to have a little more depth than it ultimately does, but that’s ok.

Despite it’s flaws, “Spare Parts” is still a fun a pretty fun movie overall. Having women with weapons screwed onto their arms and fighting in a gladiator arena can make up for a lot of a movie’s flaws. What the movie does get right makes it worth a watch.